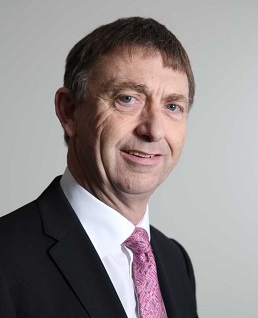 According to EY’s UK Regional Economic Forecast, there has been little progress on geographical rebalancing of the UK’s economy in the last three years and the economic divide between the North and South of the UK will continue to expand (albeit at a slower rate than previously) leading up to 2020. London and the South East will continue to outperform all other UK regions through to 2020 with GVA growth per year of 2.2% and 2.0% respectively.

Employment in the East of England has increased, with 15,000 more jobs recorded in June 2017 compared with the previous year, with the unemployment rate continuing to stay below the UK average, falling by 0.1 percentage points over the last twelve months. Looking ahead to 2020, total employment in the East of England is expected to increase by 0.4% per year until 2020 – in line with the UK average.

Luton and Cambridge are expected to outpace the region’s growth with GVA per year of 2.3% and 2.0% respectively, as cities in Southern England are forecast to outperform those located across the rest of the country. Over 50% of Cambridge’s growth in the next three years is forecast to come from Information and Communications Technology (ICT) and professional services.

Nick Gomer, Managing Partner at EY in the East (pictured), says: “The East of England is forecast to grow at a faster rate than the majority of UK regions, with only London, the South East and Midlands’ economies growing ahead. Previous forecasts have set the region’s growth at 1.4% so it’s positive to see the East of England exceeding this – up to 1.7% per year until 2020. The performance of Luton and Cambridge illustrates the importance of sectors in determining growth prospects and the economic performance of UK cities.”

GVA growth in northern and devolved regions is expected to be relatively slower. The North East is forecast to experience the slowest rate of GVA growth between 2017 and 2020, growing at 1.2% per year. It is also the only region where employment is expected to decline, falling by 0.1% per year between 2017 and 2020, with the largest declines projected in the manufacturing and public administration sectors.

Nick Gomer, continues: “The UK has made little progress on regional rebalancing over the past three years, and we expect more of the same leading up to 2020. In fact, we expect that some of the fastest growing regions over the next three years will be the four most southerly ones, London, the South East, the South West and the East. This means that the economic gap between North and South could be larger in 2020 than it was in 2010.”

Manchester forecast to be UK’s strongest performing city, alongside Reading

Manchester is forecast to be the strongest performing city in terms of both GVA (alongside Reading) and employment growth. These will see annual increases of 2.4% and 1.2% per year respectively between 2017 and 2020. Strong performances in the professional, scientific and technical, administrative and support services and construction sectors will be key to driving Manchester’s economy.

The report predicts a generally weaker pace of growth for cities outside of England with the majority growing slower than the overall rate of UK GVA growth between 2017 and 2020. Edinburgh is an exception to this trend, with GVA forecast to rise by 2.1% per year on average and total employment forecast to rise by 0.9%.

Key sectors are crucial to performance of UK cities

The performance of Reading, Cambridge and several other southern cities illustrates the importance of sectors in determining growth prospects in the short to medium-term. The report forecasts that the GVA of the information and communications sector and professional services sector will grow by 3.5% and 3.4% per year, respectively, over the next three years.

In contrast, manufacturing is only expected to grow by 1% over the same period. This translates into a strong performance for Reading, where the information & communications sector accounts for more than twice as large a share of GVA as the national average. Over 50% of Cambridge’s growth in the next three years is also forecast to come from Information and Communications Technology (ICT) and professional services.

Nick Gomer, adds: “The Government’s recently published proposals for the UK’s industrial strategy are a welcome development and demonstrate how sectors will be key drivers of both productivity and the economy as a whole. The focus on manufacturing will help support many regions and cities that are located outside of the South East, including the East.

“The UK has to view geographic rebalancing as a key component to the process of transforming the economy. However the scale of the challenge should not be underestimated. With the requirements to prepare for Brexit, position for technological change and maintain its competitiveness, the UK needs to invest more than it has done for some time – robots will not buy themselves.”

EY Economics for Business provides knowledge, analysis and insight to help businesses understand the economic environments in which they operate, both in the UK and within the Global economy. ey.com/uk/economics