Predictions for a connected 2018 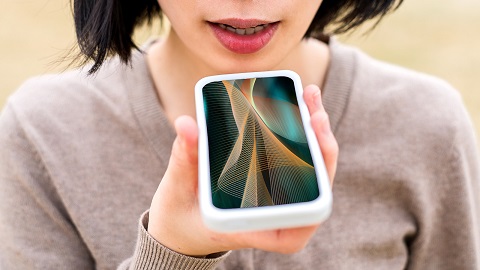 2017 was the year Artificial Intelligence (AI) became pervasive in homes, thanks in part to aggressive ad campaigns from Amazon and Google declaring their digital home assistants the new must-have household appliances, bringing the consumer vision of the Internet of Things (IoT) to life.

Bitcoin and blockchain entered the consumer lexicon in a media frenzy that saw it hit $19,000 USD per coin (albeit for only 20 minutes) and led thousands of new hopefuls to Google ‘what is bitcoin and how will it make me rich?’

And the WannaCry cyberattack saw consumers’ cherished photos and documents held to ransom, crippling Britain’s NHS and reminding everyone that cybersecurity isn’t just for big corporations or spy agencies.

With all of that in mind, along with Niels Bohr’s observation that prediction is very difficult (especially about the future), here are our six predictions about how these key themes – AI and Machine Learning (ML), IoT, security, blockchain – are likely to begin to make a real difference in the way all of us interact with technology in 2018…

Ever tried to use Siri offline? Suddenly, your knowledgeable little friend becomes rather dumb. In 2017, AI fed consumers content on Facebook or Netflix while assistants such as Siri, Alexa or Google Assistant identified what song was playing or what the weather would be like tomorrow.

These services are great and highly popular, but require a connection to the Cloud in order to process and deliver information – the device itself is merely a conduit. In 2018, we’ll see a move towards distributed AI ‘at the edge’, with AI compute performed on the device itself.

Recent figures in the 2017 ‘AI Today, AI Tomorrow’ report by Arm suggest that even given the performance benefits of a Cloud-connected AI, 57% of consumers would prefer AI devices to be capable of processing and storing information locally.

Advances in edge device technology will be critical in providing the low-latency compute power required to truly enable ‘level 5’ fully autonomous cars capable of analyzing and reacting to data from hundreds of sensors without the need to be connected to the Cloud.

2. The Internet of Things (IoT) will begin to free itself from battery power

Energy harvesting has been around for a while, from solar-powered traffic lights and speed cameras right down to the humble battery-free crystal radio. Yet for the majority of current devices in the IoT, batteries are a necessary evil – and as a finite resource, any device will eventually expend its battery and ‘die’.

This year, we’re likely to see the first ultra-low power devices such as Bluetooth beacons capable of existing decades with no battery swaps or human intervention yet still able to provide a useful level of compute function.

These systems are likely to employ energy harvesting techniques such as capturing the ambient 2.4-Ghz RF energy that is all around us, or the piezoelectric effect – for example, harvesting the vibration energy created by cars rumbling over a suspension bridge. Freeing the IoT from battery power will be a key enabler in reaching a trillion devices.

3. Post-Bitcoin, blockchain will evolve into a ‘smart contracts’ system

For many, ‘blockchain’ is simply synonymous with cryptocurrencies such as Bitcoin. But in 2018, it’s likely to outgrow its media-centric ‘get rich quick’ image and establish itself as a key platform for smart contracts: legally enforceable agreements made between two machines with no human involved.

A new generation of blockchain algorithms and app platforms, often based on Ethereum, have started to appear that offer the simultaneous promises of security and computational efficiency. This has the potential to transform business at every level, from supply chains to financial services, healthcare and global resources.

4. By the end of 2018, 33% of the economic value in the smartphone market will include AI functionality, while all of the top apps in app stores will use some form of AI/Machine Learning (ML) to perform a primary function

The addition of true, edge-based AI/ML to smartphones (rather than the Cloud-based assistance currently offered) will usher in a new era of efficiency and intelligence, earning the smartphone a far worthier reason to call itself ‘smart’.

5. Machine Learning will begin to play a ubiquitous role in smartphone security

Roman emperors relied upon their food tasters to ensure they remained safe from poisoned food. ML will adopt this role in smartphone security by, for example, first running any app downloaded in a secure sandbox, monitoring its behavior and traffic patterns.

Should a Trojan horse posing as a seemingly innocuous app try to access a user’s personal data or location, the ML can recognize this as a threat and disable the app. Of course, there’s every chance that rogue apps will grow wise to this approach – and be on their best behavior for their probationary period…

ML is also likely to be employed in user authentication; your phone will learn over time where you usually go, the apps you regularly use, your resting heart rate and even the gait of your walk in order to ascertain that it’s you – and not an unauthorized user – using your smartphone.

6. We’ll see the beginning of Machine Learning-aided diagnosis on a mass scale

2018 will be the year that physicians on a large scale prioritize consulting an ML-enabled database for more specific diagnoses. Electronic collections of diagnosis data – for example, thousands of scans of healthy versus diseased organs – already exist, and will become increasingly vital in providing more targeted diagnoses for doctors to consider before communicating with patients. ML can also help find the areas of interest in a large medical image, aiding humans even when it’s not providing the full diagnosis.

ML will also begin to play a role in treatment modelling: AI-based methods will enable multiple models to be run against databases of patient information to identify new or better therapies for targeted subsets of patients with specific symptoms or genetic traits without running real-world trials. These advancements may eventually lead to significant improvements in the quality of life of patients with certain medical conditions.

One of the most promising areas of improved treatments is in using gene-based therapies which are well suited for mathematical manipulation: AI-based techniques will help to achieve cost-effective gene sequencing therapies which can identify treatable cancers at an earlier stage.