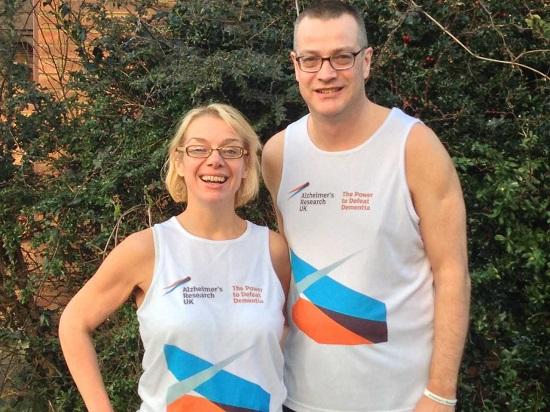 Chris Drummond, who is from Milton, has been a long-time supporter of the UK’s leading dementia research charity, and helped to launch the group last May as its Chairman.

Now, as the group marks its one-year anniversary, the founding members are appealing for more people to help them raise additional funds for dementia research.

Activities run by the group includes a bridge drive afternoon, and one member runs a regular cake morning.

Last December the group held their first Christmas carol service with a children’s choir, and they have also done bag-packing and fundraising at Sainsbury’s.

However, the group is now hoping to step up their fundraising and make their second year an even bigger success after an incredible first year.

Chris was made a Champion of Alzheimer’s Research UK in 2013 for his amazing fundraising efforts for the charity. Last year, he decided he wanted to set up the Cambridge Fundraising Group to get more people in the community involved in fundraising for dementia research.

He said: “I support Alzheimer’s Research UK because of my mum’s experience with dementia. It was horrible to watch for all of us. She only had it for a very short space of time before she passed away in 2006.

“Towards the end, she had to go into hospital and she finished her days in a care home. The strange thing is that she was aware all the time that she was losing her memory.

“After her passing, I decided to raise awareness of dementia and funds for research so that one day other people won’t have to go through what we went through in my mum’s final years.

“We need research so that we can find a way to prevent this from happening to other people.”

Chris wants more people to get involved with fundraising across the Cambridgeshire area.

“Getting involved with the Cambridge Fundraising Group is a really rewarding experience. We have six members and are a sociable and welcoming group.

“We would love to welcome more passionate volunteers to the group to help in our goal to defeat dementia.”

“We would like to say a huge thank you to Chris and his wife Terrie, as well as the other amazing members of the Cambridge Fundraising Group. Their first year has been a huge success and we hope there are many more to come.

“However, we need more people in Cambridgeshire to come forward and help join the fight against dementia.

“There are now over 850,000 people across the UK living with dementia, and it recently became the leading cause of death in this country. Our mission is to find the first life-changing treatment for dementia by 2025.

“This will only be possible with the amazing fundraising efforts of dedicated groups like the Cambridge Fundraising Group.”