Improve your communication: cut to the chase 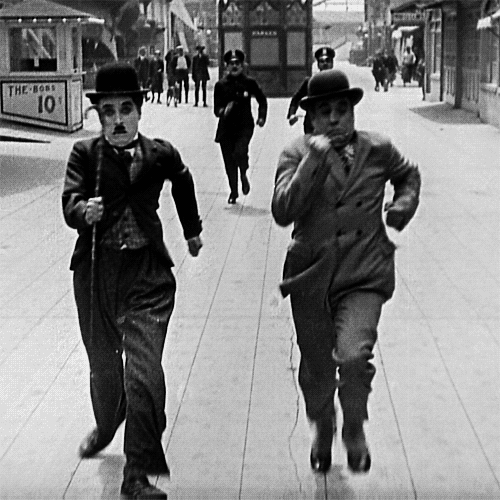 Communication Coach Jon Torrens hates it when you waffle, because it means your presentation or email will bore your audience. Do them a favour - get to the point.

The phrase ‘cut to the chase’ appears to have originated in early Hollywood, where (silent) romantic films and comedies would often culminate with a chase. If the studio felt that the script they were reviewing was moving too slowly and would lose the audience’s interest, this phrase was a simple instruction to move immediately to the final scene, to keep the audience watching by giving them what they wanted. These days it means ‘get it to the point’.

I believe that this priority – to maintain engagement by keeping things moving – is essential to make your communication as effective as possible. Here are three ways in which to apply this marvellous approach:

Bash them over the head by starting with your strongest bit, like the action scene (often a chase) at the beginning of a Bond film. It’s a cracking way to get their attention; you just have to make sure that you can follow it with something strong enough to meet their expectations. You could create some contrast to the initial excitement by slowing things down (also like a Bond film), but you’ll need to raise the pace again at least once, even if it’s just a crescendo at the end.

This does not mean ‘disappointingly short’, which would clearly not be a good thing. I’m thinking more ‘cliffhanger’, where you leave the audience wanting more. They then get precisely that in the Q&A, so everyone’s happy. Consider the BBC series ‘Poldark’* – Ross needs to go to Truro: quick shot of him galloping, and the next thing we know he’s there. The same for London and even France; quick transitional shot and he’s achieved days of travel. We don’t need to see the process, just know that it’s happened. Consider omitting the arduous processes you’re considering describing in your piece; do they really add anything?

So, when creating your presentation/pitch/speech masterpiece, to keep a good pace, cut out everything that feels a little uninteresting, and then deliver the strongest element (‘the chase’) when it feels right. ‘When it feels right’ may, of course, be fairly** subjective, but that’s where testing it out in front of a trusted colleague becomes so useful. If your talk has delivered what it should and then ends unexpectedly, the audience will be pleased because they got what they wanted and then you finished, without any fluff. Good job.

Throw the Script Away

And in this case I mean literally; take your notes and throw them in the air. Show the audience that you want to get to the really important stuff. This is where ‘the chase’ is what they came to hear. It may be something sensitive, awkward, or the elephant in the room. But it’s what needs to be addressed. How about you cut the cr*p and cut to the chase? By showing that you’ve abandoned the set formula what you were going to say, they should feel* that they’re getting something that really matters to you; ‘the good stuff’.

* even if it’s just a ploy and you were going to talk about it anyway – crafty.

You may feel that certain elements of your spoken piece – whatever it may be – feel more significant than others. In contrast, other parts may feel unimportant. Quick tip: emphasise the former and remove the latter.

All my training is currently online. I can use Microsoft Teams, Zoom, Google Hangouts or Skype.