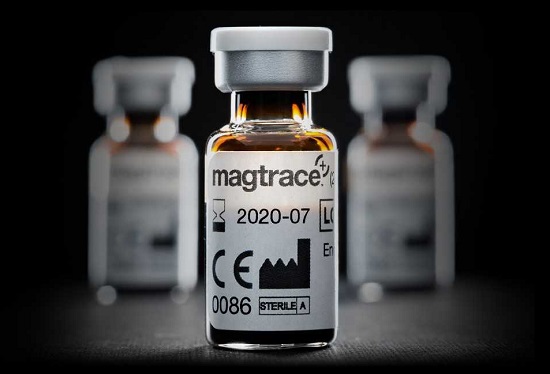 Endomag, the surgical guidance company, announced that it has received premarket approval (PMA) from the US Food and Drug Administration (FDA) for Magtrace, the first non-radioactive, dual-tracer for lymphatic mapping in patients with breast cancer undergoing a mastectomy.

Magtrace is a liquid marker designed to follow the route that cancer cells are most likely to take when they spread from the primary tumour.

Magtrace will help US hospitals reduce their reliance on radioactive tracers and, along with Magseed, allows surgeons to perform both lesion localisation and sentinel node biopsy with the Sentimag platform, both incredibly important operations for breast cancer patients with thousands performed every week.

According to the American Cancer Society, approximately 266,000 new cases of invasive breast cancer and 65,000 cases of carcinoma in situ (the earliest form of breast cancer) will be found in the United States this year - a figure expected to double by 2030. Thankfully, if breast cancer is caught at an early stage, 99% of patients are likely to be alive five years after diagnosis, however, surgery is generally still needed.

For those affected, the gold-standard of treatment is to remove the tumour surgically and determine whether the cancer has spread to other parts of the body with a lymphatic mapping procedure. Typically, this involves the use of radioactive drugs and blue dyes, which are limited in their availability, can cause scheduling delays and are considered to be very painful and uncomfortable for patients. Magtrace is a non-radioactive alternative that has been developed to improve this process for both patients and surgeons.

Unlike existing methods, Magtrace can be injected up to a week before surgery as the tracer is optimally sized; both small enough to move rapidly through breast, yet big enough to be filtered by the first draining or ‘sentinel’ lymph nodes, the ones most likely to carry cancer. The collection of Magtrace in these nodes allows the surgeon to accurately target them for removal, without disrupting the rest of the nodes in the armpit. This is critical in determining the tumour stage and deciding on the patient’s best treatment pathway.

Prof Michael Alvarado, Professor of Surgery from UCSF and Principal Investigator for the US Magtrace trial, said: “We’ve been watching this technology become established in Europe over the past few years, and have been eagerly awaiting its availability in the US. During the SentimagIC trial I was impressed with how easy the technique was to learn, how intuitive the system was to use, and ultimately, as Principal Investigator for the trial, that our clinical outcomes matched the results that have been seen in the numerous European trials of Magtrace.

"After 18 months of using the Sentimag platform with Magseed for lesion localization, we’re really excited to add the sentinel node biopsy capability with Magtrace. Being able to carry out both seed localization and sentinel node biopsy with one instrument, made this the only option for us. Magtrace and Magseed not only help to reduce the hospital staff and patients from exposure to radioactivity, they also offer us flexibility and so many more options when deciding on how to approach our breast cancer patients.”

Eric Mayes, CEO at Endomag, said: “This achievement demonstrates our team’s ability to innovate for the benefit of clinicians and their patients. The Sentimag® platform is the first and only non-radioactive solution approved in the U.S. that can perform lesion localisation and sentinel node biopsy. The addition of Magtrace to the platform offers clinicians greater options and more flexibility when treating their patients and will help transform the way breast cancer is treated in the US.”

Magtrace will be exclusively distributed in North America by Leica Biosystems – the breast health specialist with world-renowned brands such as Mammotome, Hydromark and Neoprobe – the current market leader for sentinel lymph node biopsy. The Sentimag platform can help hospitals to reduce their reliance on radioactive tracers, reduce the exposure of their staff and patients to radioactivity and become the new standard in breast cancer treatment.

If you would like to know more, register for the upcoming Magtrace Webinar

For more information on Endomag and their recent announcements, visit endomag.com

Endomag was founded to solve cancer staging and healthcare challenges through the application of advanced magnetic sensing technology and nanotechnology.