Your weird weakness may actually be a strength 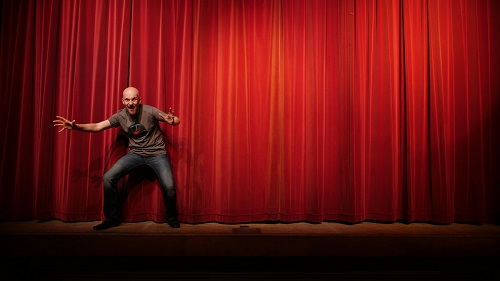 Throughout my life, I have often felt that I didn’t fit in. I put this down to the way I understand the world; I know that the way my brain retains information works a bit differently to most people’s and that I’m easily distracted. For example, if you tell me a list of instructions, I will probably fail to remember one because I’m still thinking about one piece of that information while you’re saying the next one.

I’ve made friends in all of the jobs I’ve had, but often disappointed my seniors/bosses. Because I don’t usually take in a process the first time I hear it, I can easily make errors, and then I have to repeat work, which slows my rate of progress. On the other hand, I can instantly make connections between the apparently disparate; recalling pop culture references is a speciality of mine, and I can make humorous comments with little effort.

I’ve realised that my strategy for dealing with the problem of appearing dim or chaotic was to try to hide it, ashamed, because repeatedly not understanding things clearly demonstrates stupidity. Making quick, funny comments, on the other hand, impresses with intelligence and mental sharpness. However, while it’s great to be witty, that doesn’t outweigh the more significant problem of getting a day-to-day process executed effectively. Two parts of my brain that are out of balance: one positive, one negative.

The negative is a weakness. However, at the end of last year, while thinking about Batman’s Joker, a solution occurred to me. I realised that while I aspire to be as dedicated and focused as Bruce Wayne, I actually identify much more with his constant enemy The Joker. How does The Joker defy Batman so effectively? Because he’s unpredictable, without rules, and well, he has a sense of humour. I certainly have rules, but my main ‘thing’ is providing surprises. Not by jumping out from behind doors or anything, but by spontaneously reacting to people. The years of indulging this faculty as a stand-up comic are really paying off. So I’ve accepted my occasional moments of chaos as part of my approach, and therefore a demonstration of what I try to teach people.

Look at what you’re ashamed of about yourself and see if you can turn it around by accepting it – just to yourself. Then – if you can – publicly celebrate your problem. Acknowledge the issue and you remove all its power over you.

All my training is currently online. I can use Microsoft Teams, Zoom, Google Hangouts or Skype.