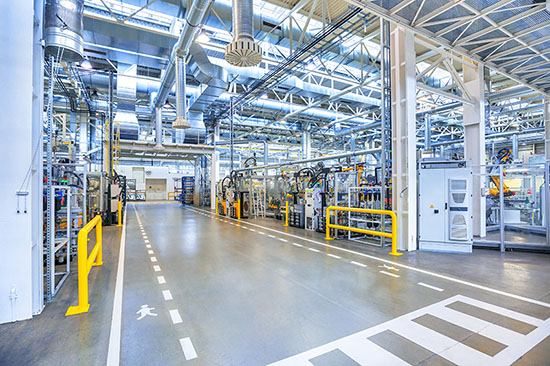 This week Danielle Gibson of NW Brown Wealth Management looks at Melrose Industries, the UK-based company that specialises in buying and improving good manufacturing businesses that have been underperforming.

Most notably, in 2018 Melrose acquired the automotive and aerospace manufacturer GKN, which had been struggling and had announced two profit warnings since October 2017.

The takeover, which was the largest that Melrose has ever done, was controversial and caused some concern for long term GKN investors who feared management at Melrose would seek to increase margins by cutting costs. However, since the acquisition substantial investment has been made in the GKN businesses and there has also been a focus on improving operational areas, such as procurement.

Eighteen months on and the turnaround is progressing well, as demonstrated in the recently released half year results. Overall, the business is performing in line with management’s expectations with Aerospace significantly better than in the prior period. Both revenues and operating profit have increased and margins have improved. As part of the ongoing strategy, the four independent businesses within Aerospace are to be moved into a single simplified structure in order to offer a more consistent customer-focussed approach as well as bring down costs.

However, going forward there is still significant improvement needed to bring the GKN divisions back up to strength. In particular, there is more to be done in the Automotive division, the second largest division by operating profit, as the automotive market remains uncertain and is experiencing a downturn in all regions.

Reassuringly, cash generation thus far has been strong, which has helped to reduce net debt to 2.3x EBITDA, easing investors’ balance sheet concerns. As part of the news, management also announced that the half-year dividend will be increased by 10% to 1.7p per share – this confidence shown by management has lifted shareholder sentiment and the shares rose by 9% on the back of it.