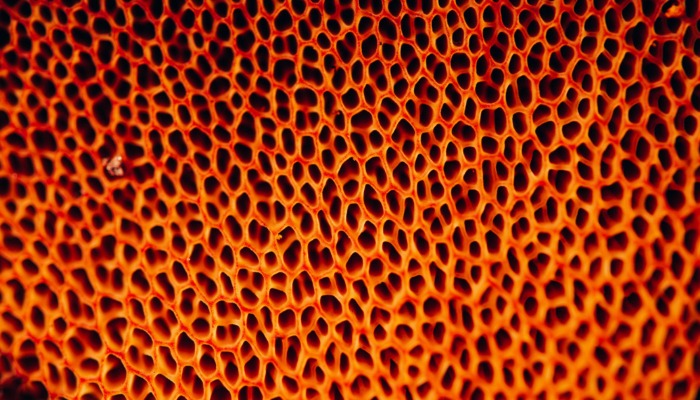 Microbial repurposing of waste makes for a compelling stepping stone on our journey to a more circular economy.

The “circular economy” is often seen as the ultimate goal for the recycling industry. Converting waste back to its basic components and using these to produce new goods is undoubtedly a great way to interrupt the take-waste system of old (see our previous blog on this subject).

However, perhaps the circular economy is not the recycling panacea. There are drawbacks, such as the high energy demands and the high resulting cost of recycled materials, at least compared to the low price of raw materials. Perhaps a less ambitious goal of harnessing waste for any use should draw some attention, even if it falls short of perfect circularity. In any case, it may make a good intermediate step on our way to a truly circular economy.

Billions of years before bottle banks or waste paper baskets, microbes have been at the forefront of recycling. Fungi and bacteria in particular have long been consuming plant and animal matter and transforming it back to basic molecular building blocks. Only in recent centuries has the pace of human waste generation and the emergence of ‘non-biodegradable’ materials, such as plastics, put microbes on the back foot.

However, ‘non-biodegradable’ may be something of a misnomer, as it transpires that many microbes are adapted to break down plastics. Indeed, in our previous blog we looked at the potential of enzymatic de-polymerization and its place in the circular economy. This has more recently been picked up by the national press (see this article), which also explores how bacteria and fungi might be used to re-purpose plastic waste – for use in a variety of applications, such as energy generation and the production of food, antibiotics or biomaterials.

What’s more, these results are from naturally occurring bacteria and fungi. Perhaps this is not surprising, given that recent estimates put the number of species of bacteria and fungi at over 1.6 billion. Among the billions of species lies an array of metabolic processes - it is just a case of finding the right one.

From Ecuador’s forests to Pakistan’s landfill

The first fungus susceptible plastics were identified in the late 1960s, where it was found that certain polyester polyurethanes could be susceptible to fungal depolymerization.

More recently, a group from Yale University found new strains of fungi which could viably decompose man-made polymers. The group focused on microbes known to break down relatively complex natural polymers. In particular, they looked to endophytes, a group of fungi and bacteria which live between plant cells, and are known to digest lignocellulose polymers found in hard wood. Taking plant samples from the Yasuni National Forest in Ecuador, they isolated 59 endophytes and tested these for activity with polyurethane. A number of fungi showed some activity, with two species of Pestalotiopsis microspore standing out from the crowd. These species worked anaerobically and utilised polyurethane as their sole carbon source - in other words, they could use plastic as their only source of food.

A similar study was conducted using soil samples from landfill sites in Islamabad, Pakistan. In this case, the logic was that the microbes would have found the plastic “food” by themselves, so landfill was a good place to start. The team unearthed an Aspergillus tubingensis fungus from the soil, and went on to show that that it could completely biodegrade polyurethane in a number of weeks.

Certainly, avoiding or accelerating the removal of man-made polymers from the environment is a good thing. However, it seems profligate to let this waste be degraded, and not take advantage of the energy or matter generated along the way.

There are two main ways in which fungi or bacteria grown from polymers might be used: using the microbe itself or using something the microbe produces.

The former is a particularly exciting area of research. For example, Ecovative Design develop and manufacture a range of myco-materials, including foams (MycoFlexTM) and rigid bio-composite packaging materials (MycoCompositeTM). This has even been taken up by flat-pack giant IKEA, who announced plans to replace Styrofoam packaging with MycoComposite. Ecovative Design have also expanded into mycelium-based textiles, including a leather alternative, where the grown fungal fibres replicate the properties of cow hide more closely than polyurethane-based artificial leather.

These mycelium materials are normally grown on agricultural by-products, such as seed husks, oat hulls and cotton burrs. However, with advances in plastic-fuelled fungi, it is conceivable that the next generation of products could grow on the plastic that they seek to replace.

Food is another exciting area where plastic could become a fuel source. Yeast is of course well known for its role in fermentation, key to some of the world’s most important foods: bread and beer. But aside from fermentation, fungus is now a key food itself.

Mycoprotein, more commonly marketed as QuornTM, contains Fusarium venenatum fungus. The fungus, first discovered by ICI in the 1960s, is grown in vats of glucose syrup before being ‘harvested’ and processed. This fibrous fungus is uniquely positioned, in that its fibre length is similar to that found in animal muscle – giving a composition and texture reminiscent of meat. New plant- or microbe-based meat alternatives are developing fast, as explored in detail in Fay’s recent blog as part of our review of future foods.

Using microbes to produce a secondary substance is also well known, but is perhaps less well developed for plastic-feeding fungi.

Many antibiotics (famously, penicillin from Penicillium fungus) and other biological agents like insecticides and herbicides are manufactured commercially using fungi. In most cases, this is simply more efficient than a total chemical synthesis. Likewise, industrial enzymes are produced using fungi, for use in detergents, biofuels, pharmaceuticals and more.

However, earlier this year researchers at the University of Edinburgh announced a seminal example of using bacteria to manufacture useful feedstock chemicals. By using a lab-engineered Escherichia coli, polyethylene terephthalate (PET) was transformed to Vanillin – the main flavonoid in vanilla beans. The PET was first depolymerized into terephthalic acid monomer, before the bacteria transformed it directly to vanillin, with a high 79 % yield. This is a great example of adding value to an almost valueless waste plastic product, as vanillin is a key feedstock in the synthesis of various pharmaceuticals, food additives and perfumes.

These innovations present an interesting alternative to a perfect circular economy. Conversion of waste into useful commodities, like food, materials or chemicals still breaks the take-waste cycle, by using up waste and reducing demand for raw materials. Moreover, unlike a truly circular economy, there is less competition between the recycled materials and (at present) more affordable raw materials, since in many cases there is no equivalent “raw material” to compete against.

All told, microbial repurposing of waste makes for a compelling stepping stone on our journey to a more circular economy.

Niles Beadman is a trainee patent attorney working in the chemistry field. Niles has an MChem degree in chemistry from the University of Oxford. His undergraduate research project was on the synthesis of novel perylene diimide containing macrocycles for anion recognition and sensing applications.

To read more commentary from Niles on this and other related topics you can sign up to our Forward blog.

Located on St John’s Innovation Park, our Cambridge office serves clients from Cambridge and around the world. We cover the full range of intellectual property issues: patents, trade marks, designs, industrial copyright and related matters, in all fields of technology.