Ahead of the Chancellor’s Budget on 3 March 2021, Deloitte Cambridge Tax Partner Hannah Simoes and colleagues give their key predictions for the event.   The UK’s regions continue as an expected area of focus in this Budget. 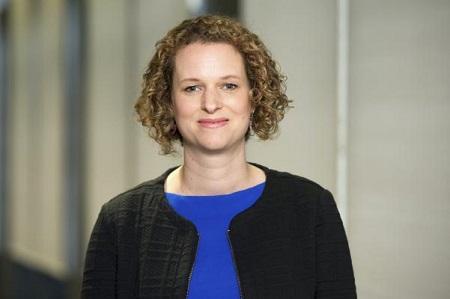 Ian Stewart, chief economist, said: “The focus of this Budget should be on growth. The heavy lifting needed to rebuild the public finances will need to wait until the recovery is well entrenched. This Budget is likely to outline a road map for the winding down of pandemic support schemes along with more limited and selective support for at risk sectors. The Chancellor will want to turbo charge investment, above all on green projects, as the cycle turns up.

“The growth outlook is uncertain and it’s too early for the Chancellor to entirely forswear further fiscal easing. But it’s not too early to lay out an ambition for putting the public finances on a sustainable footing. The current sell-off in US bond markets reflects a growing confidence about America’s recovery and shows that ultra-low interest rates cannot be taken for granted. The UK government will want to have a plan for righting the public finances well before Britain’s recovery kicks in.”

Amanda Tickel, head of tax policy, said: “Whilst an extensive balancing of the books fuelled by large scale taxation may have to wait for now with the focus on business support measures, the Chancellor will be keen to demonstrate fiscal credibility by taxing those who have made profits during the pandemic.

“The Chancellor could draw from history to introduce new specific levies on successful sectors. An Excess Profits Duty was used to ease the strain of the exceptional economic circumstances following World War One. Wartime excess profits were measured against the company’s pre-war average and any excess profits were taxed at 50%. This meant that if a company made £10,000 average pre-war profits but £15,000 during wartime, the extra £5,000 would be subject to £2,500 of tax.

“Otherwise, we expect to see a Budget that concentrates mainly on fuelling economic growth by encouraging investment across the UK, and attracting foreign owned businesses. This could mean new investment reliefs and incentives are introduced around Innovation, Life Sciences and Green Energy. Consultations in areas like regional economic zones, packaging taxes, and business rates are also likely, with a raft of subsequent tax policies announced at a fuller than usual Autumn Statement.”

Dan Barlow, managing partner for UK regions, said: “We expect the UK’s regions to be a continued area of focus in this Budget. We know, and witness day in and day out, the extraordinary potential that exists across the UK’s regions. Measures that boost productivity, enable skills development and encourage regional businesses to invest will be welcome and help in generating inclusive growth across the UK.”

Hannah Simoes, Cambridge Tax Partner (pictured), commented: “An increase in corporation tax has been rumoured for some time, and the Chancellor needs to decide if now is the right time to make such a move. With limited room for manoeuvre elsewhere given the government’s manifesto pledge around the triple tax lock, there are few other options to raise material amounts of revenue.

“Corporation tax made up 6% of total tax receipts in 2019/20 and an increase of one percentage point would bring in an estimated extra £2bn in the first year alone. There would inevitably be backlash from some who consider it too early to target businesses with extra tax, and will be concerned that any material increase might compromise what is likely to be a fragile economic recovery over the course of 2021. As an alternative, the Government could take a more targeted approach and focus on raising tax only for those businesses that have remained or become more profitable over the course of the pandemic.”

Rachel McEleney, associate tax director, commented: “If the Government sticks to its pledge of a ‘triple tax lock’ on rates of income tax, NIC and VAT, the scope for big revenue raising tax measures is narrow. The Chancellor confirmed his intention to raise the personal allowance and basic rate band in line with inflation in the 2020 Spending Review, which would result in an income tax reduction of up to £68 per taxpayer, and legislation has already been made to give effect to this. The Chancellor could potentially reverse this in order to collect more income tax without breaching the ‘triple tax lock’.”

Rachel McEleney, added: “Given Capital Gains Tax is not within the ‘triple tax lock’, an increase in this area is certainly possible and has been heavily rumoured in recent months. This could mean increases to CGT, either through raising rates or by restricting the annual exemption or other reliefs.

“However, in terms of raising cash fast to help economic recovery, the amount this would raise is likely to be relatively low as very few individuals need to pay CGT - about 250,000 per year. HMRC estimate that raising all CGT rates by 1% would raise an additional £175 million per year but this could be considered alongside other measures to provide a boost to the Exchequer. The average additional charge per affected taxpayer would be about £700 a year.”

Ed Roddis, head of public sector research, commented: “This Budget comes at an intensely challenging time and is likely to focus on remedial actions needed to shore up the UK economy and protect jobs.

“Beyond the pandemic response, investment that brings to life the government’s net zero commitments ahead of this year’s COP26 summit could be a defining feature of the Chancellor’s statement. Budgets are also interlaced with signposts for government reform and I’ll be listening out for details on the current review of delivery in Whitehall, plans for departments to become more data-driven and whether the much-anticipated English devolution white paper is on the horizon.”

Gerry Biddle, director of business rates, commented: “The Government has committed to freezing the Business Rates multiplier for 2021/22, so bills should remain at the same level as 2020/2021. In the Spring 2020 Budget the Chancellor announced a fundamental review of the business rates system.

“One proposal was reducing the level of Business Rates by supplementing them with a possible online sales tax. It is likely that the Chancellor will give a high level analysis of the review and announce further work to be carried out, in particular in regards to an online sales tax. This has been described by supporters as a way to reduce the burden of Business Rates on high street shops and ‘level the playing field’ with online retailers.

“Hospitality, retail and leisure properties were given a 12 month Business Rates holiday from 1st April 2020 to reflect the impact of the pandemic on their businesses. While this is due to expire on 31st March 2021, it is expected that the Chancellor will extend it for a further three months.”

Kendra Hann, tax partner, commented: “It’s likely that the Chancellor could make a short extension to the VAT reduction introduced in summer 2020 for the hospitality sector. These businesses are still being impacted more than most by lockdown restrictions and this could help to ease the burden once they begin reopening.

“The measure is estimated to have cost the Exchequer £4.1bn so far, according to HMRC, so extending this further would certainly counteract tax rises elsewhere to some extent, but the Government will need to balance the impact of this cost with the impact on the sector as a whole.”

Jonathan Evans, real estate director, commented: “A possible extension to the Stamp Duty Land Tax holiday beyond 31st March to continue supporting the property market has been widely discussed in the past few months. During an online parliamentary debate on the issue it was highlighted that many purchasers are running out of time to complete their house purchases by the current deadline which may cost up to £15,000 in extra tax.

“A further blanket extension of the holiday, which increases the purchase price exempt from tax from £125,000 to £500,000, seems unlikely, but some additional time to complete for purchasers who have already exchanged, or received a mortgage offer, may be forthcoming given the prolonged time it is taking to complete house purchases in lockdown.”

Mike Barber, sustainability and climate change partner, commented: “With fiscal stimulus and economic recovery in the wake of the pandemic front of mind, it’s important the Government ensures the climate crisis and plans for Net Zero remain a priority for businesses and individuals.

“Three quarters of respondents to a recent Deloitte survey said they believe the climate crisis is of similar or greater magnitude than the COVID-19 pandemic, and business leaders ranked it as the top societal issue for businesses to tackle in the next decade. With COP26 on the horizon the Government will no doubt want to look at what measures can be taken to incentivise green action, and where others may need to pay for their carbon footprint. A carbon tax is reportedly being considered as one way for the Chancellor to begin this process.

“Developing effective carbon markets will need to be a key part of enabling the UK’s future transition to Net Zero, and accelerating activity in this area is likely to be a priority.”