IQ Capital raises over $300m to invest in deep-tech 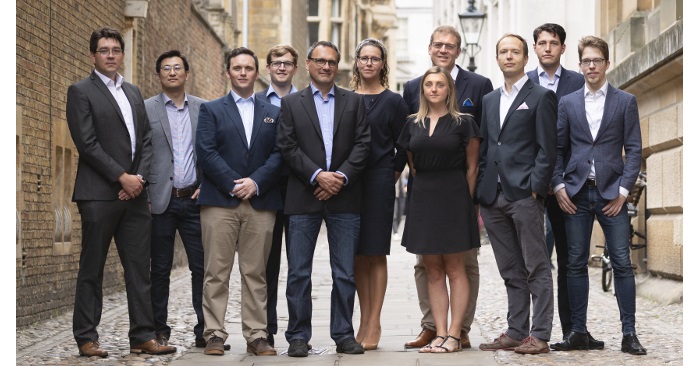 The $125 million Growth Opportunities Fund will provide later-stage capital to outperforming companies in their existing venture portfolio. Privitar, the global leader in data privacy engineering which IQ Capital supported since seed stage, is the first investment from the new fund, as part of the $40 million Series B funding round.

Alongside the launch of the new fund, IQ Capital has reached the final closing for its third venture fund at $175 million. The fund was significantly oversubscribed, with more than 90 per cent of the firm’s Fund II investors doubling down on their commitment by re-investing in Fund III. Fund III focuses on investing into companies at Seed and Series A stage. In the last year, IQ Capital has invested in 12 companies, including Causalens, Concirrus, and Iotic. These early-stage startups will join Fund II scale-ups Thought Machine, Fluidic Analytics, Paragraf, and Speechmatics, driving portfolio enterprise value to more than $1.2 billion today.

Max Bautin, Co-Founder and Partner at IQ Capital, said: “The partners, Ed Stacey, Kerry Baldwin, and I, have been investing in deep-tech for over 20 years, and during this time we’ve seen investment in the sector grow from tens of millions p.a. to $1.75 billion deployed across Europe in 2018 alone. Half of this capital was invested into UK start-ups, reinforcing the UK as a leader in Europe, with well-established technology ecosystems formed in Cambridge, Bristol, Oxford, and London.

“IQ Capital has grown its funds under management over 10x in the last five years, following exits to Google, Apple, and Facebook, and a double-dragon to Oracle. The investment team has tripled in size over the same period with recent joiners Rick Hao, Daniel Carew and Marek Chalupnik. IQ Capital is now firmly established as the leading deep tech investor in the UK.”

National Grid Partners have joined British Patient Capital and a number of other global institutions, as an investor in IQ Capital Fund III. Lisa Lambert, Founder and President of National Grid Partners said: “IQ Capital impressed our team on many levels, not least in having one of the most experienced female general partners in the UK, Kerry Baldwin. The firm is positioned as the go-to deep-tech fund in the EU, and the team has a proven ability to connect with founders through all stages, from seed to exit.”

“Feedback from both tech founders and the wider ecosystem was exceptional – a credit to IQ Capital’s depth of knowledge in ML, AI, data-focused propositions, and engineering and materials. The team’s wide range of skills and experience, coupled with their hands-on yet constructive approach to the challenges of scaling set it apart.”