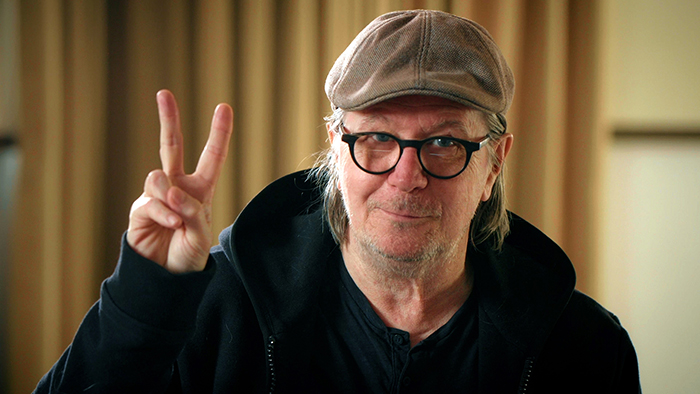 This month WaveFX was privileged to film an interview with Hollywood legend Gary Oldman in conversation with Michael Dobbs, an active member of the House of Lords and author of a House of Cards, discussing Churchill’s legacy and playing the role of the famous wartime leader.

Darkest Hour is an extraordinary film starring Gary Oldman, who won an Oscar for his performance, depicting the ﬁrst days of Churchill as Prime Minister in May of 1940. To fully understand the prime minister and capture his spirit, Oldman did extensive research by reading biographies, studying film footage, visiting Churchill’s home at Blenheim Palace, and speaking to Churchill’s family members.

The International Churchill Society (ICS), founded in 1968 shortly after Churchill’s death, is the world’s preeminent member organisation dedicated to preserving the historic legacy of Sir Winston Churchill. WaveFX was commissioned to produce the video which will be shown at the 38th International Churchill Conference, titled ‘Churchill and Freedom’ in October 2021. For more information on the Society and their programmes, visit WinstonChurchill.org

Wave FX says: "Our videography and editing business have been incredibly successful and we’re genuinely humbled by the awards and client testimonials. We’ve now filmed in over 40 countries and in many challenging locations such as Madagascar, Malawi and Lincolnshire.

"Creativity, versatility and being cost effective is key.  We provide flexible proactive two-man crews for smaller shoots with the capacity to scale up to full film production including scriptwriters, auto-cue and green screen.

"Animation complements our video service; we’ve come a long way since our first spinning logo for Microsoft to the launch of Windows 2000 (it lasted five seconds and took two weeks to render). We’ve moved on to create award winning photo-realistic and engineering fly-throughs for many global companies.

"Please do get in touch and we’d be happy to talk through all the options for your film interview, animation or webcast production."