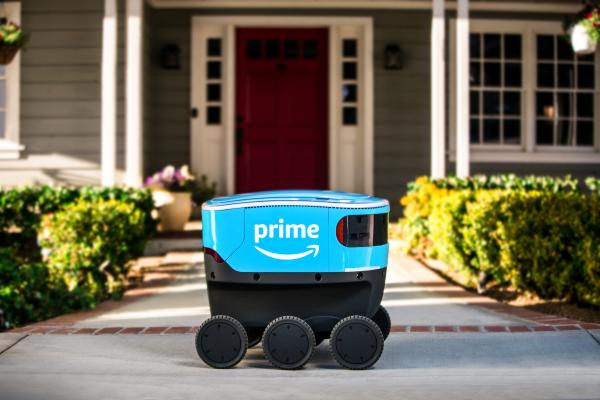 Amazon today announced a new investment to expand research and development of autonomous delivery technology in the UK with the creation of a new team at its Cambridge development centre.

The team will be focused on Amazon Scout, Amazon’s fully-electric autonomous delivery service. Amazon Scout devices are the size of a small cooler and roll along pavements at a walking pace. The service is in field test mode, currently delivering packages to customers in four states in the US, but will continue to expand to more customers.

The company's investment in this new Amazon Scout team in the UK, which will consist of dozens of engineers, is driven by its partnership with the Cambridge community and made possible by the talented people who live here.

The team n Cambridge will work closely with the Amazon Scout research lab in Seattle, US, to develop on-system software to help Scout delivery devices safely and autonomously navigate around pedestrians, pets, and obstacles found in residential neighbourhoods such as recycling bins and sign posts.

Amazon is now hiring software development engineers who are at the forefront of robotics and autonomous systems technology.

Establishing a new group for Amazon Scout in Cambridge is another example of Amazon's continued investment in Cambridge and in the UK. Amazon Scout joins other teams that form Amazon's innovative Cambridge Development Center, which hosts groups focused on other pioneering areas.

The creation of the Amazon Scout team in Cambridge follows on from last week’s announcement that Amazon is creating 10,000 new permanent roles across the UK in 2020, taking the company’s total permanent UK workforce to more than 40,000.

It has already added 3,000 new permanent roles to the workforce across its UK network of fulfilment centres, sort centres and delivery stations – including at a new hi-tech fulfilment centre in the North East of England which opened in May 2020.

The company says: "We will add a further 7,000 new permanent roles by the end of 2020 across more than 50 sites, including Corporate offices and two new fulfilment centres launching in the autumn in the North East and in the Midlands. The new roles, including engineers, graduates, HR and IT professionals, health and safety and finance specialists, as well as the teams who will pick, pack and ship customer orders, will help us meet growing customer demand and enable small and medium sized enterprises selling on Amazon to scale their businesses."