CFOs anticipate return to growth and lasting change in 2021

Finance leaders expect a return to growth in 2021 with optimism rising to a record high, according to Deloitte’s latest CFO survey. Despite the surge in business optimism, half of CFOs do not expect demand for their own businesses to recover to pre-pandemic levels until the last quarter of 2021 or later. 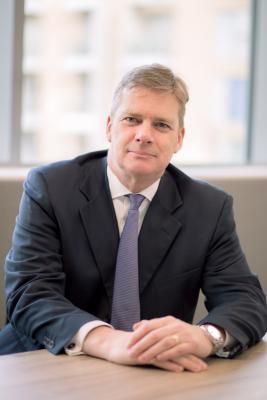 The Deloitte CFO survey for Q4 2020, which gauges sentiment amongst the UK’s largest businesses, took place between 2nd December and 14th December 2020, so before new COVID restrictions announced on 19th December and the Brexit deal on 24th December.

A total of 90 CFOs participated in the latest survey, including CFOs of 12 FTSE 100 and 44 FTSE 250 companies. The combined market value of the UK-listed companies that participated is £308 billion, approximately 13% of the UK quoted equity market.

There has been a sharp improvement in CFO expectations for UK corporates’ revenues this quarter with 71% expecting a rise over the next 12 months, up from 29% in Q3 2020, while over half (53%) of CFOs expect operating costs to rise. For the first time since 2015, a net balance of CFOs are expecting corporate operating margins to increase in the next year.

Risk appetite remains weak with only 19% believing it is a good time to take greater risk onto the balance sheet, however this is up from just 3% in Q1 2020.

Consistent with the idea of a return to growth CFOs’ expectations for inflation have risen markedly since Q3 2020. Over half of CFOs (59%) expect consumer price inflation to be at or above 1.6% in two years’ time, up from 36% three months ago.

While still showing a net negative balance, CFOs’ expectations for hiring, capital spending and discretionary spending have increased from the record lows seen in Q1 2020, with a strong uptick in each category in the last quarter. Expectations for hiring and spending are running higher than the levels seen between 2016 and mid-2019.

More than three quarters (78%) of finance leaders expect COVID-19 restrictions on movement and activity to continue through the first half of 2021, while 57% expect these measures to be removed permanently in Q3 2021.

CFOs believe that the pandemic is set to trigger a fundamental change in the business environment. An overwhelming net balance (98%) of CFOs expect flexible and home working to increase – with a five-fold increase in home working expected by 2025.

Similarly, 98% of CFOs expect levels of corporate and individual taxation to rise, two thirds (62%) anticipate higher regulation of the corporate sector and 59% see the size and role of government in the economy increasing.

Ian Stewart, chief economist at Deloitte, commented: “Boosted by the prospect of mass vaccination and growth, business sentiment surged this quarter with CFOs taking the most positive view on profit margins for the last five years. This rebound in sentiment occurred despite a backdrop of continued Brexit negotiations and with two thirds of CFOs believing that a no-deal outcome would have a severe or significant negative effect on the economy. In the three and a half years between the EU referendum and the pandemic CFOs have ranked Brexit as the top business risk for all but two quarters. The announcement of a deal after the survey closed is likely to have offered an end-year boost to CFO sentiment. The survey shows that in the first half of December, CFOs expected restrictions on movement and activity needed to combat COVID-19 to continue for the first half of this year. The announcement of further restrictions after the survey will clearly add to such concerns.

“Business leaders believe the pandemic will permanently change the business landscape. CFOs anticipate a five-fold increase in homeworking relative to pre-pandemic levels by 2025 and believe that the state will be both larger and more active in the long term.”

The impact of Brexit

CFOs think a no-deal Brexit would have been a far greater risk to the economy and to business than the actual outcome of a trade deal. Moreover, they saw either Brexit outcome as having a greater negative impact on the economy than on their own businesses. The large companies on our panel are more confident about their own ability to deal with Brexit than the wider economy’s.

CFOs remain in defensive mode with 49% and 46% respectively rating increasing cash flow and reducing costs as strong priorities. Meanwhile expansionary strategies have risen in popularity slightly since Q3, for example, around a quarter (28%) cite introducing new products, services or expanding into new markets as a priority for the year ahead.

Paul Schofield, Deloitte Practice Senior Partner for the South East based in Cambridge (pictured) said: “The pandemic has triggered fundamental and lasting changes in business, with CFOs expecting rising levels of home-working, greater diversification of supply chains and increasing investment in technology.

“CFOs are optimistic about operating in this changing world, with a return to growth expected this year. However, with pandemic restrictions expected to be in place through the first half of this year and elevated uncertainty CFOs are maintaining defensive balance sheet positioning.

“The UK-EU trade deal ends over four years of uncertainty for business and is a far better outcome than the alternative of no-deal. Nonetheless, CFOs also recognise the challenges that leaving the EU may pose in the years ahead. The UK deal has very limited provisions for services, particularly for professional and financial services. These high productivity sectors are major UK successes and make vital contributions to jobs and prosperity. UK businesses urgently need additional clarity on key issues including financial equivalence as well as more information on the specific changes to other cross-border trading services.”

This is the 54th quarterly survey of Chief Financial Officers and Group Finance Directors of major companies in the UK. The 2020 fourth quarter survey took place between 2nd December and 14th December. 90 CFOs participated, including the CFOs of 12 FTSE 100 and 44 FTSE 250 companies. The rest were CFOs of other UK-listed companies, large private companies and UK subsidiaries of major companies listed overseas. The combined market value of the 72 UK-listed companies surveyed is £308 billion, or approximately 13% of the UK quoted equity market.