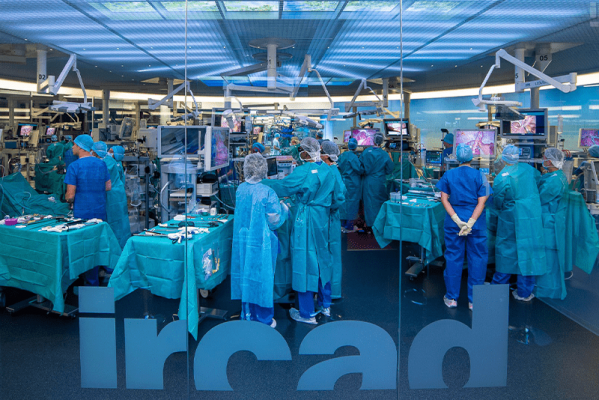 CMR Surgical (CMR) has announced a partnership with IRCAD, a world-renowned research and training centre for laparoscopic and robotic surgical training.

For the first time, the Versius® Surgical Robotic System will be used for surgical training at IRCAD, which specialises in all specialties of minimally invasive surgery. With over 6,200 surgeons participating in training at IRCAD each year, this partnership opens the door for many more to have the opportunity to develop skills in robotic minimal access surgery (MAS) and gain valuable hands-on experience of Versius.

Professor Jacques Marescaux, President and Founder of IRCAD: “As the surgical robotics market continues to grow, IRCAD has evolved to provide a comprehensive robotics training programme. We are excited to be able to integrate the unique technology and digital capabilities of Versius into this programme and look forward to a strong partnership with CMR moving forwards as robotics becomes increasingly important in cancer surgery.”

While manual MAS is complex to perform, the benefits for patients are well recognised. As a next-generation surgical robot, Versius has been designed bridge this gap, helping more people around the world benefit from MAS techniques by making robotic MAS more cost effective and practical than ever before.

Working alongside IRCAD, CMR are committed to standardising robotic surgical training to ensure the safe introduction of robotic surgery worldwide. CMR invests heavily in training, with the CMR training programme consisting of multiple stages including: Versius e-learning, Versius trainer, residential training – where CMR partners with IRCAD to deliver hands-on training – which is then followed by CMR’s hospital installation and set-up. The partnership with IRCAD further demonstrates CMR’s commitment to clinical excellence, which alongside training, is supported by a wealth of data, collected from Versius that helps us shape the future of surgical training.

Mark Slack, Chief Medical Officer for CMR Surgical commented: “We are delighted to announce our training partnership with IRCAD and see this as an important opportunity to work together and bring the benefits of MAS to more patients around the world. With surgical robotics increasingly becoming integrated into operating theatres, we have a responsibility to ensure optimal training of surgeons and surgical teams. The use of Versius within IRCAD will not only support best practice but add important data to our clinical registry – allowing us to use data-driven insights to further improve patient care.”

The CMR and IRCAD partnership is part of a wider commitment to ensuring MAS becomes standard of care across the world.

IRCAD is a world-renowned leading research and education institute for laparoscopic and robotic surgical training, working towards the development of less invasive surgical techniques. Founded in 1992, IRCAD brings together fundamental research laboratories focused on the treatment of digestive tract cancers, as well as research and development units in computer science and robotics that design and develop tools for diagnosis, surgical planning, and simulation aimed at improving surgical standards.

Each year, more than 6,000 surgeons are trained at IRCAD by experts from across the world. IRCAD has made it possible for surgeons from across the world to obtain high-level skills, and as a result, the Institute has maintained its position as an ambassador of international surgical excellence, with centres in Asia, Latin America, and Africa.